There is nothing more expensive than bad advice

The Situation: Kensington met with the owner of a franchise children’s day care center who was looking to sell his business. This was a sellable business which Kensington was eager to work on, even though it was not without its challenges, as revenue and enrollment was decreasing. The owner of the business was told by another firm that his business was worth far more than Kensington felt it was worth

The Result: Kensington gave the owner the honest truth about the market place and what they felt the value of the company was. The owner did not agree with the valuation and engaged the firm who gave him the higher valuation. After a year and a half Kensington was contacted by the owner saying that he had made a mistake, and he was ready to sell at the price which was discussed as the other firm had brought him only one buyer over a year and a half. Unfortunately business and enrollment had continued to decline and the business was worth less than when the two parties had previously spoken. The seller respected Kensington’s honesty and engaged Kensington to sell the business. The business was sold before Kensington even had a chance to properly market the opportunity as Kensington was able to quickly bring a buyer in front of the seller who had been looking for a children’s day care center for over 2 years.

There is nothing quite like a face to face meeting 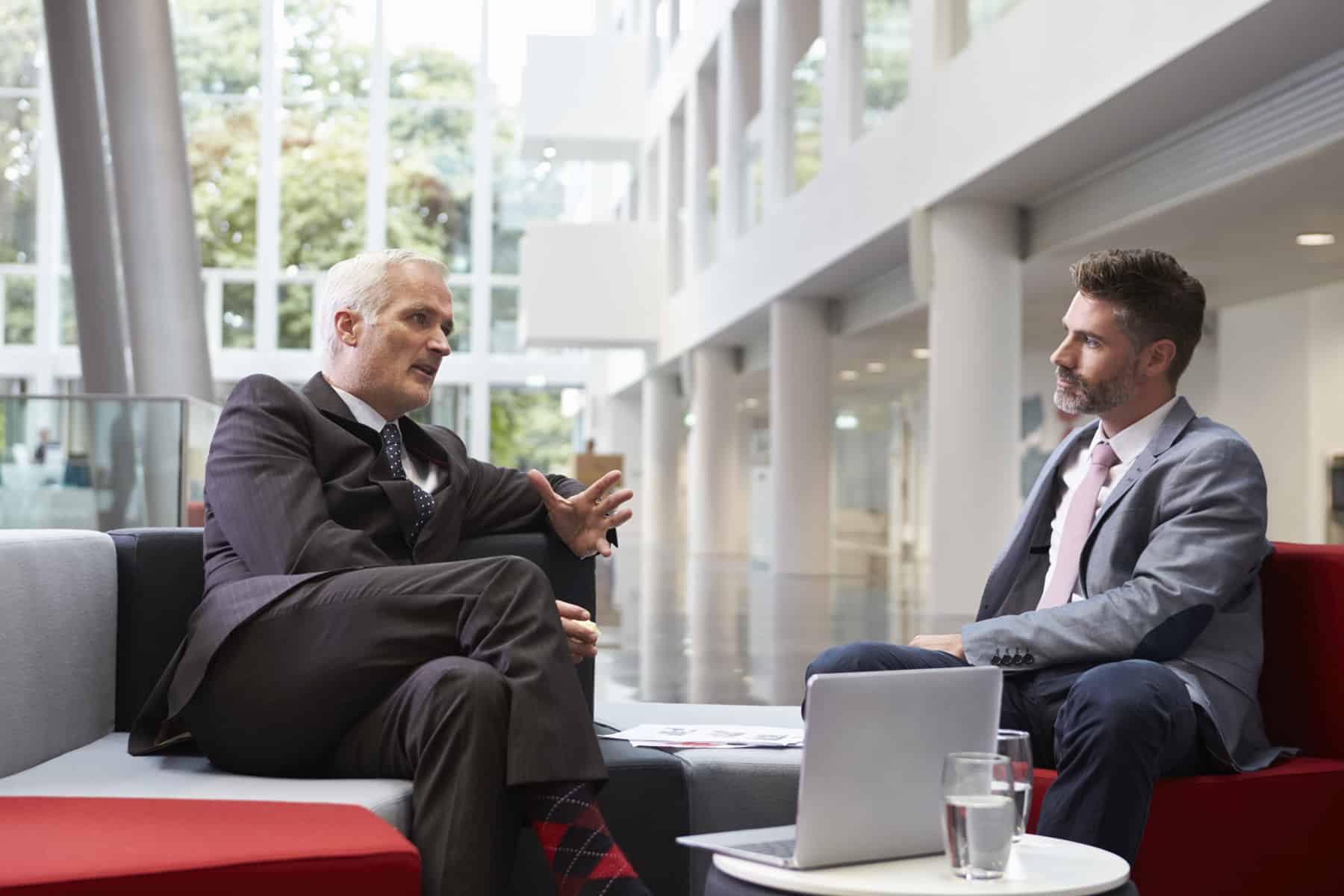 The Situation: Kensington was engaged to sell two Dunkin Donuts in New Jersey, and quickly found a buyer. The buyer and seller came to an agreement on the price and shortly signed a contract. When it came time for the landlord to assign the lease to the buyer, the landlord insisted that the new buyer sign a personal guarantee, and increased the security deposit from 3 month to 6 months. This was a deal killer for the buyer

The Result: For three weeks there was back and forth communication between the buyer’s and landlord’s attorneys, with no progress. The Buyer was ready to move on and wanted to discuss other opportunities. Kensington insisted on a meeting with the buyer and the landlord as a last ditch effort to make the deal happen. The meeting turned into a love affair between the landlord and the buyers as the landlord had learned that the buyer was already a Dunkin Donuts franchisee, and had a very impressive net worth. The two sides agreed to a reduced personal guarantee term and a security deposit of 5 months, and the deal closed a few weeks later. 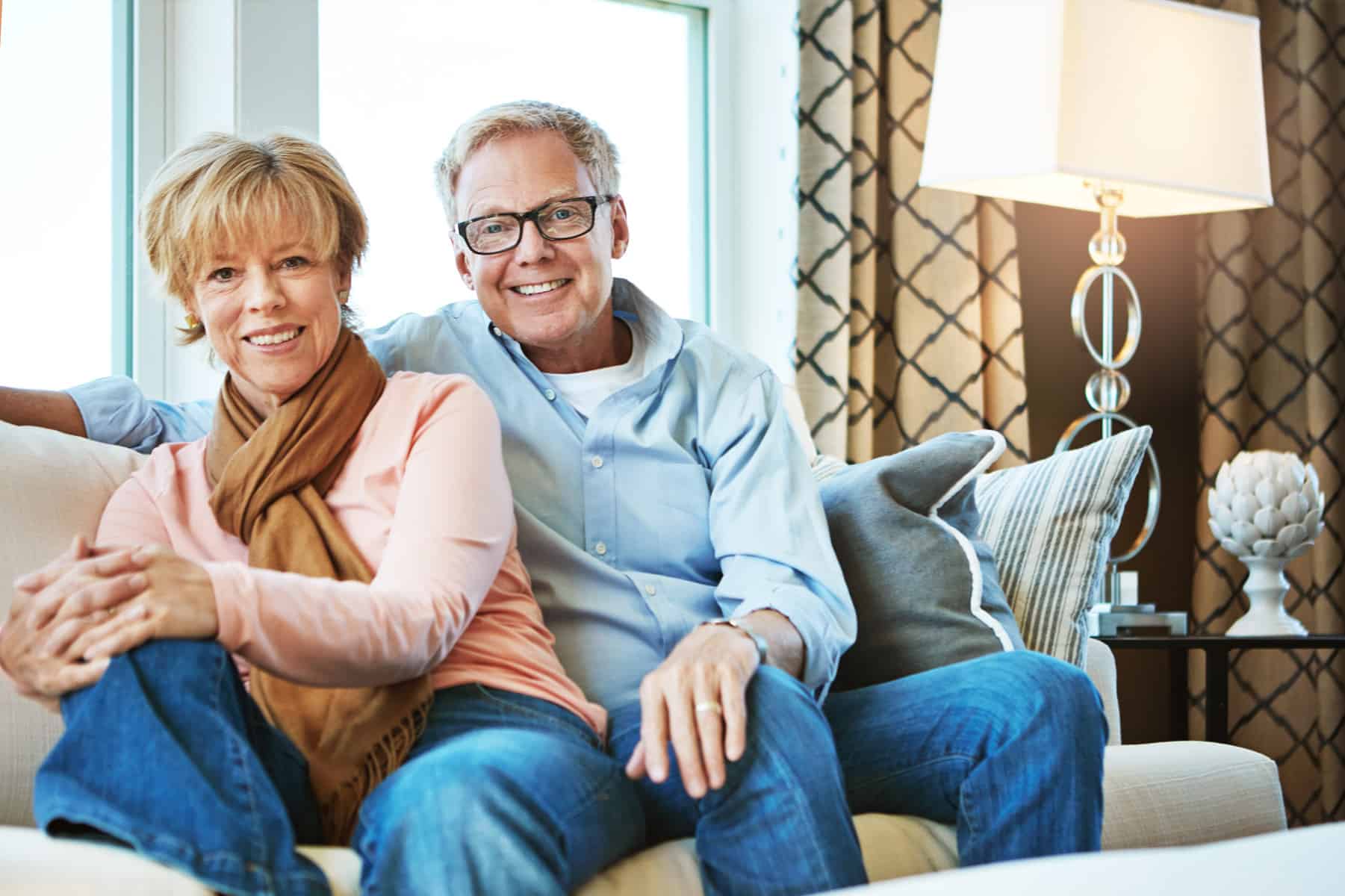 The Situation: A husband and wife team owned 8 Gymboree franchises- 4 on Long Island and 4 in NYC, and were looking to retire. They had reasonable, but high price expectations, and truly cared about who would be taking over the business they built. None of the 8 locations were without its challenges, as many of the locations needed to be relocated, and finding a buyer who would be able to get approved by 4 NYC landlords is a challenge.

The Result: Kensington marketed the opportunity in a number of ways of the course of their relationship with the husband and wife team, due to the challenging nature of some of the locations. Kensington introduced the sellers to many buyers who either could not get comfortable with the need to relocate some of the businesses, or who the sellers did not feel comfortable selling their business to. Ultimately Kensington introduced the sellers to a young couple who reminded the sellers of themselves at a younger age. The buyers and sellers really hit it off during the meeting, and it ended with hugs all around. The next day the young couple submitted a full price offer they had written which included “reasonable people can come to reasonable solutions” when referring to the need to relocate some of the businesses, and the understanding that challenges may unfold down the road. The young couple ultimately purchased the 4 Long Island units, and the sellers sold the 4 NYC units to their district manager leaving them in a position to enjoy their retirement, knowing they had left their business in the hands of capable people who they admired and trusted.

Patience is a Virtue 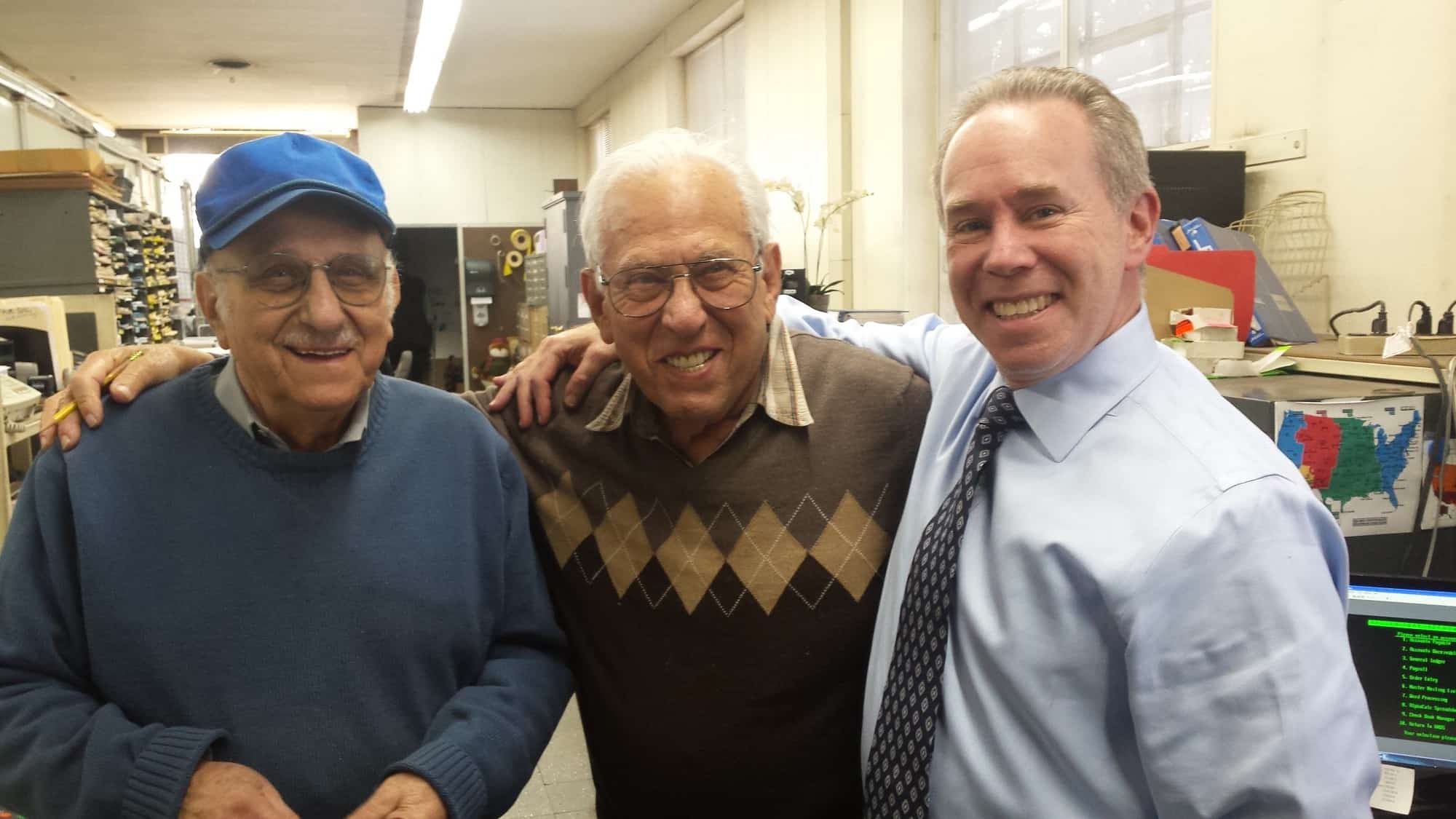 The Situation: Two older brothers owned and operated a manufacturing company for over 60 years. They owned the real estate as well, and wanted a very high premium for their business and property, well above what the market would typically dictate for what they owned.

The Result: Kensington explained the realities of the market place but was willing to work on the opportunity in an attempt to get the brothers what they desired. Kensington arranged many meetings with buyers for the brothers but none were willing to pay the price the brother wanted, and they stayed firmed on their price. For eight years Kensington continued to work with the brothers informing them of how the market viewed their business while bringing them more buyers. Over the years the business remained a very strong company, but their overall revenue and earnings declined, yet their price stayed the same. After 8 years, the two brothers at the age of 92 and 87 finally decided to have an open minded towards lowering their price. The Kensington Team worked with the brothers in determining an appropriate price and quickly began to market the opportunity at a reasonable price. There was a lot of interest instantly including interest from buyers who had previously been interested in the opportunity, but felt the price was too high. Kensington spent a full day with the brothers at the factory where they toured the facility and met with over 12 buying groups over 8 hours. Shortly after the day of marathon meetings, the brothers received their full asking price and ultimately sold the business to two partners with extensive manufacturing experience. 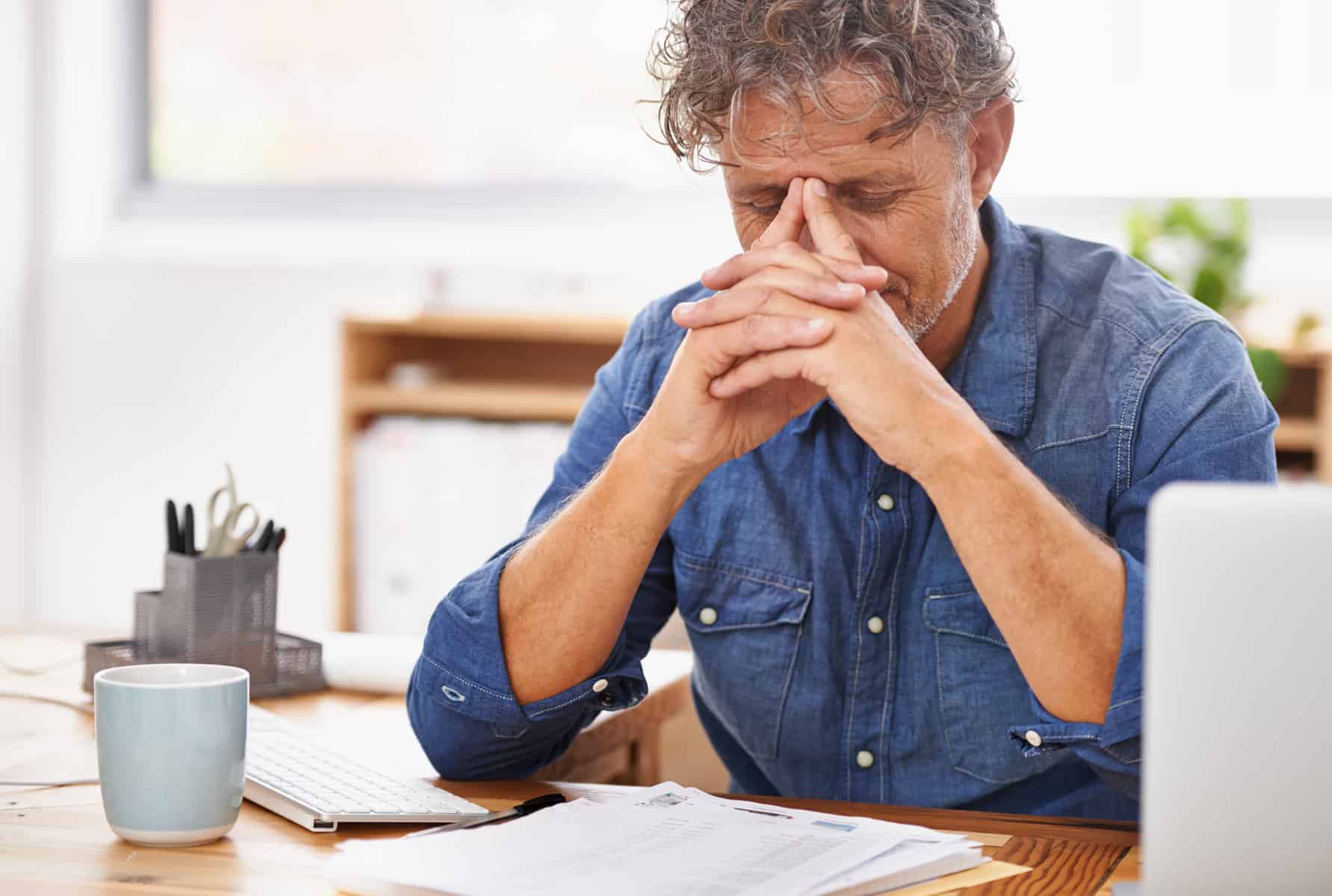 The Situation: A wealthy individual purchased 2 Subway Franchises for his limo driver. After a few years the limo driver had a falling out with the individual, and the businesses were left without supervision. The owner of these stores had no interest in the stores, and in fact did not even know the addresses of the locations or have a key to the stores. Without the proper attention, the stores began to lose money, and were nothing more than a large headache for the owner.

The Result:  When the owner of these Subways engaged the Kensington Company he simply wanted to rid himself of the headache that these stores had become. The Kensington Team aggressively marketed the opportunity as a MUST SELL which included an email blast to our database of over 50,000 buyers. Kensington was able to identify a number of strong candidates to purchase these businesses, and ultimately the two stores were sold to a father and son team who were able to fulfil their dream of being business owners. These buyers were able to enter one of the most well-known franchise systems for a fraction of what the cost to open new would have been.

Get notified when specific businesses come to the market

Start your entrepreneurial journey now by filling out your PFA

After you submit the following information, you will be re-directed to FranNet’s website to complete your Personal Franchise Assessment